This virtual server service uses a virtualization function to provide each virtual machine with at least two cores in increments of one core.

In the Intercloud system, virtual servers are provided via the resource pool method. The resource pool method allows you to sign up for a resource pool by specifying the total number of cores, total memory size, and total storage size required and to freely create multiple virtual machines of specific sizes within the limit of the available resources. In our university, you are provided with at least two units, each consisting of one CPU core, 6GB memory, and 50GB disk, and can add resources in increments of one unit.

Virtual servers can be operated manually on the graphical display of the OpenStack dashboard or automatically by a script using REST API.

This service provides a single physical machine as a physical server (bare metal server). In a physical server, you can replace all software stacks, such as the virtualization hypervisor, OS, library, and applications. Computing nodes , administrator rights are granted to users. 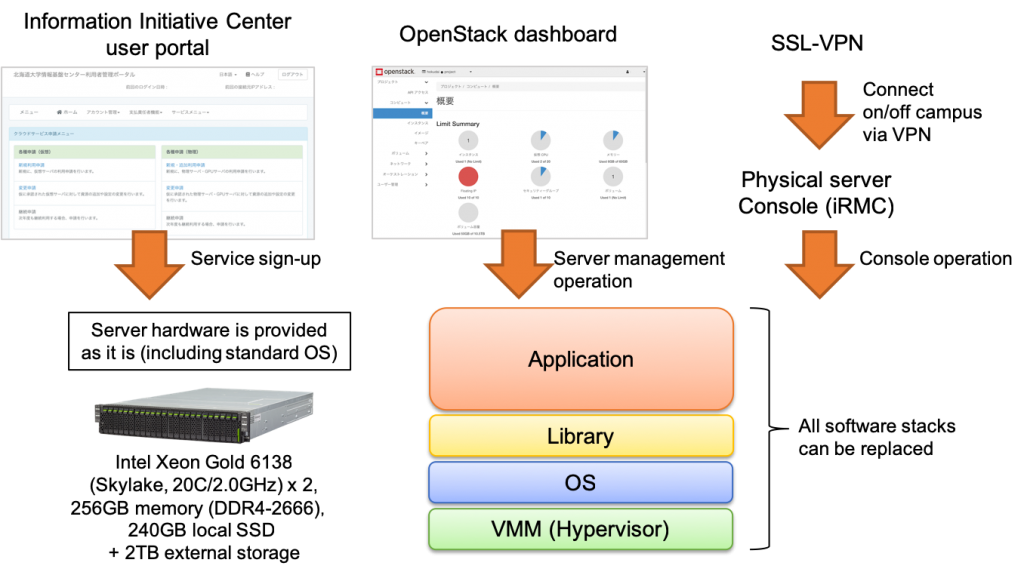 This service provides each bare metal server with two NVIDIA Tesla V100 PCIe (16GB memory) GPUs as a GPU server. It is provided in a similar way to a physical server, except that this server type has GPUs.

We have only four GPU servers, so please contact the desk before signing up for the service. 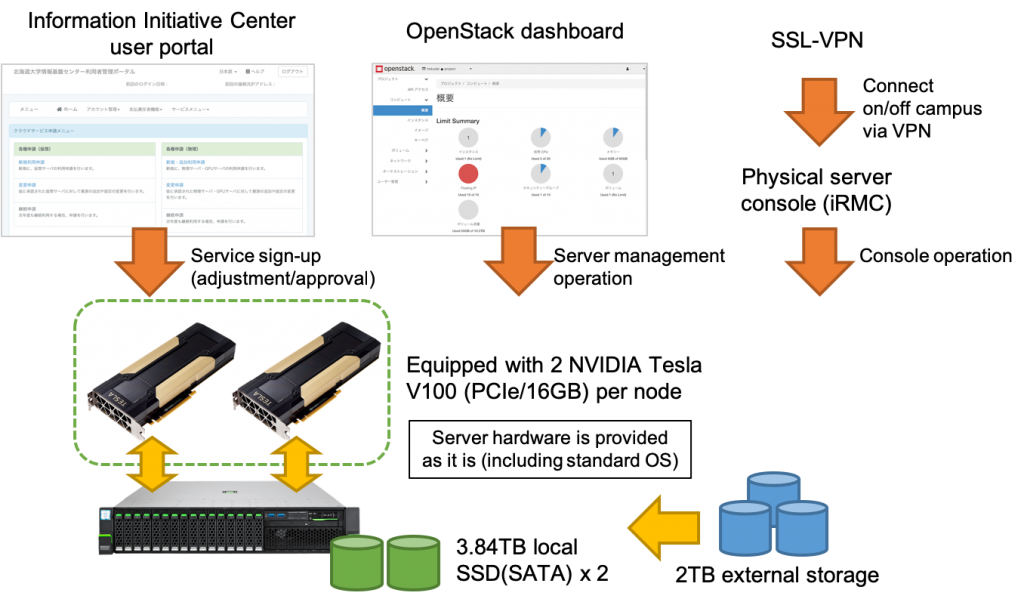